I wish I could ask Terry McDermott from The Voice these questions:

1)People constantly mention that success on The Voice depends on connecting to a song emotionally–how hard is that for you? Do you feel you’ve gotten better at it during your time at The Voice? Did you feel connected to the duet you did with Casidee?

2)How do you feel you’ve grown during the time you’ve been involved with The Voice? Do you think your singing has gotten better? How?

3) You quoted your father as saying that you can’t have success without sacrifice—and you said you’ve finally learned that lesson.  What were you reluctant to sacrifice before starting the show? What have you been sacrificing lately–and has it brought you more success?

My own journey in becoming a Terry McDermott fan has been riddled with some embarrassment.  I’ve liked The Voice since it first started, but I have never rooted for a fan this much before. The fixation is on the level of a tween sighing over some random Jonas brother.  So embarrassing.

BLIND AUDITIONS: I thought Terry McD was a serious contender.  I thought he’d make it to the end for sure.  Yet I liked others singers just as well.  But it was Terry I kept looking up on the internet. 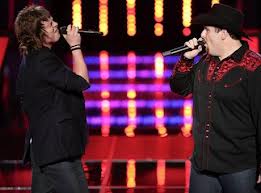 BATTLE ROUNDS: Terry crushed it.  Then the battles went on and on and on.  I kept thinking: But they’re forgetting about Terry.  He was on a million years ago.  When do we get to see Terry again.  It’s also sad that they don’t sell the duets on itunes anymore.  His duet had to be the best, next to Amanda and Trevin’s.

KNOCK OUT ROUNDS: Even Terry’s opponent Rudy seemed to recognize that Terry had come out to obliterate him quickly and painlessly.  You can see Rudy nodded approvingly at one point during the knock out round. Yes, he’s wiping the floor with me.

LIVE ROUNDS: First there was the embarrassing/obsessive phase where I couldn’t believe that I was hooked on wanting Terry to win as much as I did.  That blog post is here at Lady Smut. (Terry, it’s not completely 100% admiring, and I’m sorry for that. Sort of. It’s the squirmy embarrassment talking.)

Then I wrestled with the fact that while my heart was still for Terry, my head had to admit Casidee Pope was killing it.  I mean, putting aside the mysterious magical properties that makes Terry into Scottish catnip for grown women, is he really the best voice on the show? Could he really win The Voice–or at least be in the top two? That blog post is here. 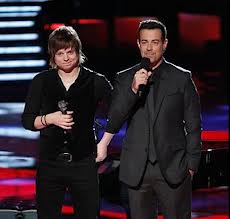 Finally knowing he sailed through the semi-finals with a little help from Sir Paul McCartney and is safe in the top three–I’m not sure how I feel.  He probably has the top two spot all sewn up.  Today I looked around the web and found out–wow–people on the internet really like him.  Yet like Terry’s son Liam, I’m over it.  For the semi-finals Liam gave dutiful, somewhat apathetic applause.  Maybe he was tired—Terry’s wife seemed tired.  Terry’s said he’s exhausted—the whole journey seems to have been just as exhausting for his family as well. 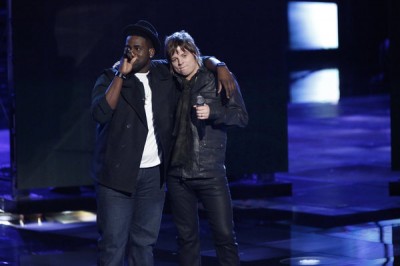 The Voice really needs a Kelly Clarkson or Jennifer Hudson.  Casidee seems poised to become that break out star that takes things to the next level for The Voice. Meanwhile, on Tuesday Terry’s duet with Casidee was perfectly pleasant, even if the song seemed a bit low in range for him.  They seemed to be watching each other closely at the close of the song. If you looked carefully, however, it’s not that they were connecting so strongly, they were just looking at each other’s mouths to make sure they were singing the words together.   Perhaps it’s the fault of live shows–yet I wanted to see Terry pushing his boundaries in connecting to the lyrics and connecting with Casidee.

Classic Terry, he always leaves you wanting more.  Sure, I can live with him not winning the show. I can even live with him going back home to his family to rest and be happy after his moment of glory.  Never before though, have I wished so hard for someone to go out and leave his blood and guts on the stage.   My biggest hope is that Terry does this so he can walk away with no regrets that he didn’t sacrifice enough to win.

That’s the sign of a true artist.  None of this gentle “we’ve already won” shite they were talking about in the after-show.  You give what you have to give, and then you give some more.  Not because it’s a contest, but because you feel compelled to connect with your tribe–in their hearts or in their visceral gut.  Look at Terry’s face–you can see he wants it. I think Casadee’s got our hearts.  Next week Terry’s only hope is to go for our guts and bring it home.

3 thoughts on “Questions for Terry McDermott”