Here we are in August already — how, when, where did that happen? I’ve been buried behind my computer working on a novella, a novel, and now a short story.  Just poking up my head to say hi and then bye again. 🙂

Yet where I’ve been staying on my writing retreat has cable (I am alas, cable deprived at home) and every day I can take a break watching multiple half hours of Sex & The City.  Sometimes they’re episodes I’ve seen, sometimes not–but I’d already caught enough over the years that I have a basic timeline in my head and can thread them together.

There’s so much to love about this show.  The opening jingle makes me incredibly happy.  Looking at what they’re wearing makes me happy.  Seeing Miranda’s hair and make-up go from androg-a-sexual to beautiful makes me happy.  The hot guys make me happy.

I love how Carrie moves around her tiny apartment writing in front of this window or that mirror–it’s so cute.  Meanwhile, I dearly relate to Carrie’s sex column profession — after all, there I am at Lady Smut two and a half times a week, contemplating the same world of romance and love and sex myself.  That makes me VERY happy.

But on the other hand, the show is completely fucked up.  Sorry for the harsh language, but it’s true.  Yes, they do it for the drama.  Yes, they want to explore the women who are still alone in their mid-to late thirties and beyond.  Yes, they don’t want to pathologize these women for being single…

Yet they have wonderful stock-n-trade moves that leave me snarling and cringing on the couch every time.  Moves you should NEVER EVER pull if you want to actually stay in a relationship.

Which makes me ask the question: Sex & The City moves may get you sex, but will they get you everlasting love?

I don’t thinks so.

Here are the Sex & The City crimes-against-romance character by character: 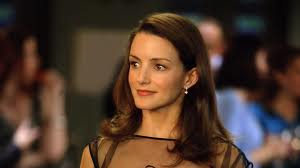 Charlotte: Okay, the show is well aware that she has an ideal in her mind and wants a real flesh and breathing guy to live up to this icky-poo ideal that doesn’t involve any human excretions whatsoever.  Yet Charlotte’s real crime that goes unmentioned is this: she’s a hypocrite.  While she seems on the surface Miss Priss, she actually is getting it on with man after man after man.  Guys who are interested in Miss Priss will put up with her high maintenance self because they know they aren’t getting a sperm spittoon, and that matters to them.  Despite all her touch-me-not airs, Charlotte is not what she seems. 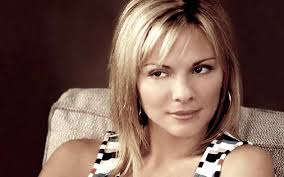 Samantha: Samantha is what I’d call a Romeo.  I’ve seen queer versions of this behavior.  They take the worst of male relationship behavior and they master it themselves and then put it out there.  Even when they’ve been the victim of this behavior before.  Horrible.  Just horrible.  Objectifying men — they may not mind it or even notice for a quick hook-up, but the lack of respect will

have a head snapping back effect the minute things get serious.  The blonde younger guy actor chasing after her–total fantasy.  If he’s been through AA then he’s learned to respect himself and Samantha would be driving him right into a self-esteem plunge that would have him drowning his sorrows at the bar in no time.

Miranda: Here’s where I get really cranky pants.  Miranda –after getting over the a-sexual thing, employs a habitual and complete lack of affection.  If she can be bothered to mention the positive it would always be mentioned in general terms –never directly applied to the guy.  She does not praise, she does not give that wordless communication even — that “Look at you, you did that–how fantastic are you?” look.  There is a complete and total disconnect between what she feels and what she says and does.

I want to shake her til her teeth rattle, because she’s also the most lonely of the bunch, and she’s also the one with the good guy right there in her face.

Carrie: You know, Carrie pays the price for her habits, and so I am a leetle less bothered by her behavior than I am by Miranda’s.  She cheats on Aidan.  Okay–he’s perfect, but okay, if he’s not the one for her, then he’s not, and her behavior will out her deepest inner feelings.  If she’s got a daddy fixation, then fine, she’s going to need an older guy.

But I almost lost it yesterday watching her just let Ron Livingston go. (Ron is the actor — Burger is the character’s name.) He’s old enough and wise enough to be a match for Carrie, but with his motorcycle tries to stay a little young and wild — like Carrie.

Sure he has his issues.  But does she fight for their relationship? No.  Does she point out that a writer’s life is hard — wouldn’t he rather be someone with a gorgeous-ish girlfriend who loved his writing, who loved HIM, and who was a total catch than be someone who just had his book dumped and was all alone?  She could point this out to him and yet she doesn’t.  But if you love someone — wouldn’t you fight for them to stay with you at least a little?

Especially if you know at that particular point in time he’s going through a rough patch and his ego is smarting and rather than apply that aloe-vera cooling gel of love and reassurance, she gets all flustered and uncertain and stand-off-ish.  Yet here she is someone who can provide insta-support and reassurance and lack of judgement to all her friends 24/7.  She has those skills so why can’t she apply them to the man she loves? Especially when he’s acknowledged his issues — and doesn’t want to be that guy.

It drives me batty.  Is it supposed to drive me batty? Help me out here—were people glued to Sex & The City because it made them feel superior about their own relationships?Because it was so small-scale tragic show after show? Or was the failure at love the price these glamorous women paid for their clothes, shoes, and night life?

The final move that would make me send this aristo show off to the guillotine if I had my druthers.  It’s a move that happens over and over and over again: relationship has ugly moment, character tosses guy.  I’m not saying that one would settle for being treated badly most of the time, or anything like that.  But any lasting relationship is going to have its occasional ugly moment.

As any lover of romance novels knows: people who bolt during the hard times are people who end up alone.