Have you been watching the World Cup this hot July? The conclusion of the semi-final and the final are Saturday & Sunday.  I will be glued to the set.

One thing to note–aside from how fit and attractive 9 out of 10 soccer players are—is the bursts of unfettered bromance happening at the end of games. Men embracing, men sweating, then crying, and laughing—and then embracing some more.  I’m making little chittering noises, like the cat watching at the window while the birds flutter about.

I haven’t watched many World Cups before – is all this emoting new? Is this the rise of a new generation of men much more in touch with their feelings? Are foreign men just more emotionally expressive? I’m not sure, but I know one thing: it’s kinda hot. 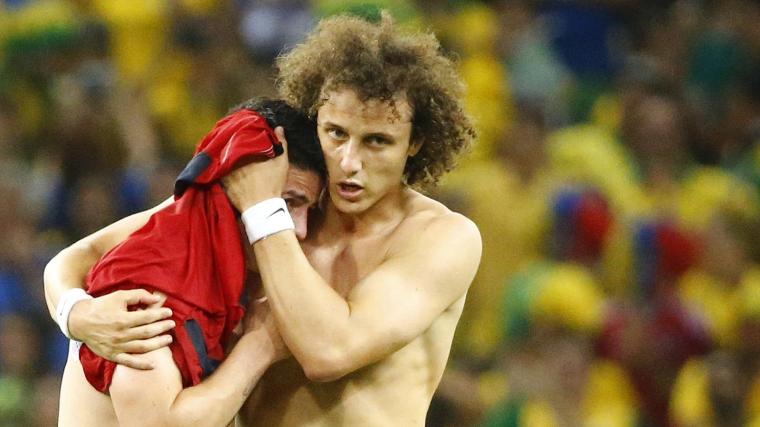 There was one moment last week that had me absolutely transfixed. James Rodrigues–*so cute* was on the Columbia team which was matched against Brazil in the quarter finals.  Then Columbia lost.

After the game, David Luiz came over to James (Are they normally teammates on a soccer team? Players unscramble from their normal teams for World Cup into national teams.) 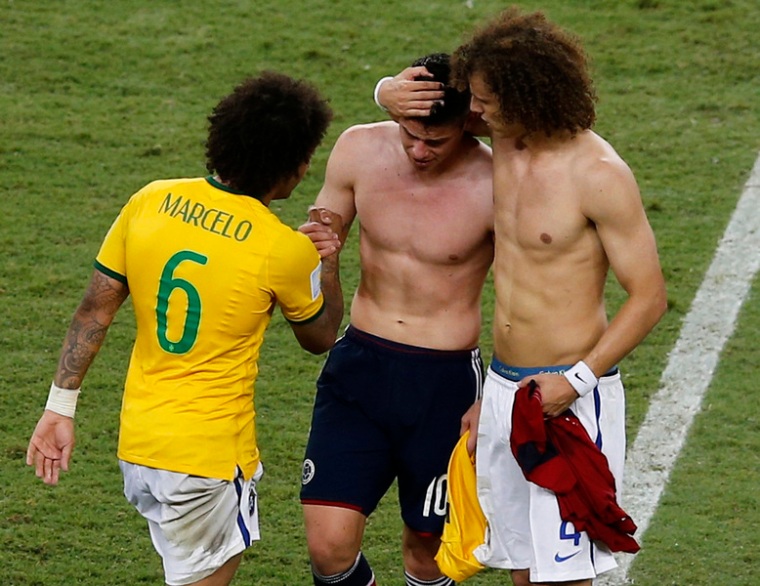 So I’m only half watching the end of the game UNTIL: Luiz embraces James, consoling him as James experiences a burst of emotion.  But then after a really long hug, they take shirts and exchange them (Okay, I know that they often do this in various sports.)

Yet bare chested, then they continue to embrace some more, as emotion overwhelms James again. 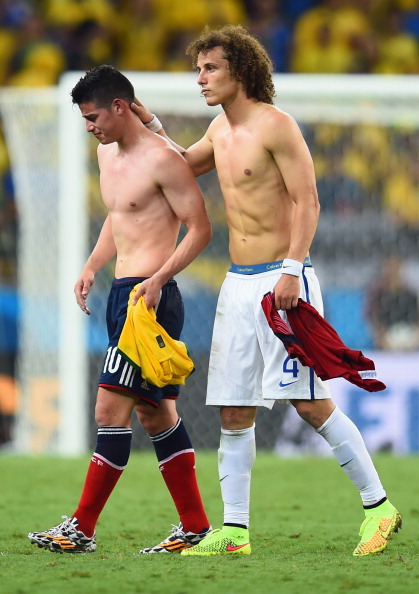 At this point I’m riveted? We’re seeing a lot of man-flesh pressed together in a long sweaty embrace, of tender consolation….and….

Luiz continues to embrace James, exhorts the audience to cheer James as a winner, and then helps to escort him off the football pitch. Other guys are popping around to console James as well. 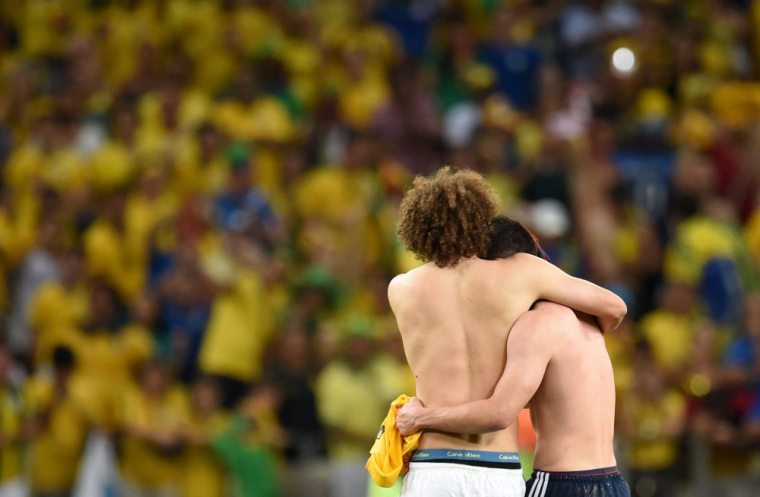 Somewhere I know gay men are still transfixed by the memory of this moment. Also readers of m/m romances.

I recently did Q&A interview with Ellis Carrington where we discussed the popular queer romance trope of hurting/caring. Check it out here. This seems to be a real life caring/hurting moment…I’ll let your imagination drift with the players back to the locker room and fantasize about what comes next.

Meanwhile, we’re in countdown mode over at LadySmut.com.  Our anthology, LADY SMUT’S BOOK OF DARK DESIRES, is releasing in August.  Stay tuned for more updates on the release in less than one month!